Yaniv railway station near the town of Pripyat

Railway station Yaniv was put into operation in 1925. The villae and station Yanov gave rise to the city of Pripyat.
The station served  passengers until April 1986.  From it there were access railroads to the Chornobyl NPP,  tank farms and other enterprises of the city of Pripyat.
Before the accident at the Chernobyl nuclear power plant in April 1986, a passenger train No. 192/191 in the Khmelnitsky - Moscow connection ran through Yanov station. There was not railway to Chernobyl-from-Kyiv and the shorthes way between the capital of Ukraine and Chernobyl was motoway.
After the explosion at ChNPP  evacuation was by buses from the city of Pripyat and trains from this station.
Now just one branch of the railway is in use- from the station Semihody (ChNPP) to Slavutich (the city, which was built for evacuated residents of Pripyat).
On the photos is ralway station Yaniv in April 2019 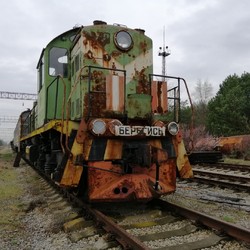 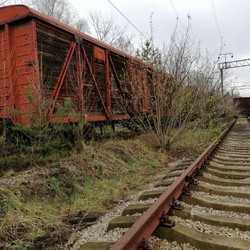