Village of Zalissya near Chernobyl town - «Chernobyl from Kyiv»
Contact us

Village of Zalissya near Chernobyl town

The village of Zalissya, which is located along the road connecting the Dityatki checkpoint and the town of Chernobyl, was home to three thousand people. The distance between Chernobyl and Zalyssia is about two kilometers, and to the Chernobyl nuclear power plant is a little more than twenty kilometers.
Until May 1986, the village was the largest among the other villages of the Chernobyl region. The main enterprise where the inhabitants of the village worked was the agricultural cooperative "Druzhba". The village had several shops, a cattle-breeding complex, a school, a club (in Soviet times, such cultural and entertainment establishments were pompously called the “Palace of Culture”), a flax processing plant, and a maternity hospital.
Two years after the evacuation, a new village, Nove Zalissya (New Zalissya), was built for the residents of the village. It is located in Borodyansky district 40 kilometers north west from Kiev.
In the photos - the village Zalissya in the middle of May 2019. 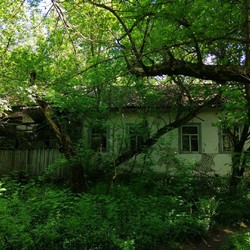 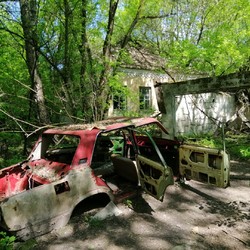 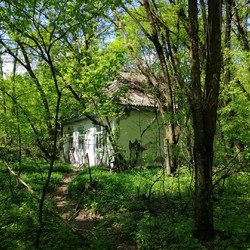 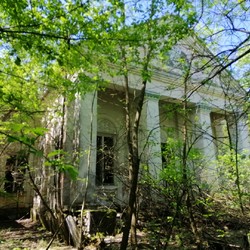 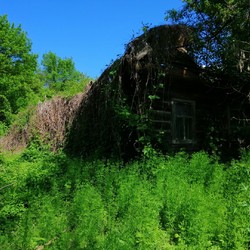