The Jupiter plant was situated at western outskirts of the abandoned city of Pripyat, which is in Chernobyl Exclusion Zone. It begun its operations in 1980 as an enterprise producing component parts for household electronic devices. The true specialization of the plant was till present time unclear, because in fact it was a closed military object and worked for the military-industrial complex of the Soviet Union. The plant employed more, than three thousands people.
After the Chernobyl accident, on April 26, 1986, the enterprise was officially stopped , however, being next to the ChNPP, it continued to work as a radiological laboratory for testing various methods of decontamination and development of dosimetric devices. In 1996 the plant was finally closed.
On the photos is Jupiter plant on April of 2019 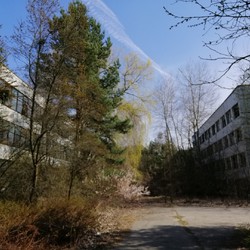 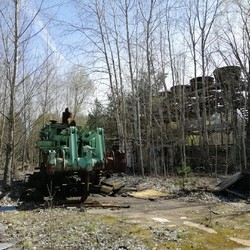 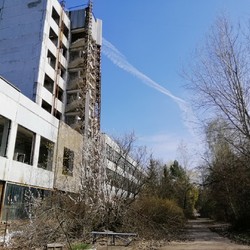 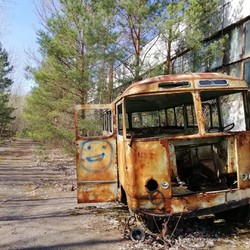