What tour company to choose? How many days to spend in Chernobyl Zone? - «Chernobyl from Kyiv»
Contact us

What tour company to choose? How many days to spend in Chernobyl Zone?

The Chernobyl Exclusion Zone is a special place on the planet. I very much hope that people will not allow such accidents anymore, let alone the nuclear war to which we are so close, as never before. Maybe that's why, with the hope that such a disaster will not happen to them, people from all over the world come here. Only in 2017, the Zone was visited by about ninety-five thousand people.

It is clear that in our information age, travelers have many opportunities to preliminarily study the place where they go. To their services are travel blogs, travel company websites, Tripadviser, numerous scientific articles, documentaries and even feature films.

But, if you have already decided to go to Kiev and visit the exclusion zone, new questions arise, what tourist company to choose, how many days to spend on a trip.

The cheapest tours are one-day tours on big buses. Usually such tours are ordered by Ukrainian citizens (unfortunately, Ukraine is not a rich country with a undecent standard of living) and foreigners who want to see as many interesting places in their lives as possible, but they also do not have the opportunity or the desire to spend a lot of money.

Tourist programs of one-day tours for large groups (buses with a capacity of about fifty people), for medium groups (usually up to twenty people) and private tours on passenger cars are almost identical. The only difference is how much time is spent studying the sights. In addition, people who travel by large buses, some places see only through the bus windows, without going outside.

Almost all tours start from Kiev around 8- 8:30 in the morning. The road to the checkpoint Dityatki at the entrance to the Chernobyl Zone takes two hours. After passport control, tourists go to the city of Chernobyl with a stop in the village of Zalissya. After the tour around Chernobyl, which is 18 kilometers from the nuclear station (before the explosion the city was the administrative center of the surrounding lands), visitors travel to the city of Chernobyl-2, which was a super secret place in the USSR. Antenna's height is one hundred and fifty meters. So tall structure in the middle of the forest has a very impressive sight.

The next object that tourists explore during one-day tour is a kindergarten in the village of Kopachi on the way to the Chernobyl nuclear power plant.

The fourth power unit, which exploded in April 1986, is currently closed by a stainless steel metal cover and is the largest moving object in the world. Tourists approach the distance of about 250 meters to it.

The tourist day ends in the abandoned city of Pripyat. The program in Pripyat depends on the guide, but no one will skeep a central square with the Palace of Culture Energetik and an amusement park with a Ferris wheel. Unless otherwise agreed in advance, tourists after a one-day tour return to Kiev between 6 and 8 pm. Of course, the programs of each tour company may differ slightly, but the above-described itinerary remains common for all.

The two-day tour is usually chosen by people who really want to explore the Exclusion Zone in more depth and visit self- settlers - people who have lived in their native places for more than thirty years. They preferred to refuse resettlement to safe cities and villages. On the second day, as a rule, tourists go to remote villages to get acquainted with the life of self-settlers and continue the exploration of Pripyat and the surrounding area.

Three-day or longer tours are for photographers or other enthusiastic people. Tourist destinations for travel are discussed with them separately and suggest the study of remote places away from tourist routes. Since hunting and fishing are prohibited in the ChZ, it is full of wild animals and multi-day tours are bought by nature researchers, both professionals and amateurs.

All the guides accompanying tourists have passed special training, passed the state examination and have relevant experience.

When choosing a tour operator, I highly recommend paying attention to a specific guide, since after crossing the border of the Zone everything depends only on him (her), to what extent your tour will be fascinating, interesting and safe. Information about guides ( they are the state officers as well) you can find in tours reviews . 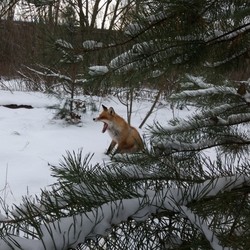